Dad and I have returned back to the USA for our final round of sport shows.  We are extremely grateful
to be navigating smooth highways after traversing approximately 4517 moguls scattered throughout the winter highway. Posted below is a link to a short video of our winter road travels to Sandy Lake.

Each ride to Sandy Lake and back usually surprises you with numerous unforeseeable challenges.  The first leg of our journey this year was a unique run.  Starting out from Red Lake at 3 am we slowly plodded along the bumpy winding 356 kms to Sandy.  We quickly found out dragging two loaded trailers over the bumpy winter highway proved too much for the straps securing our goods.  Just one hour into the drive we had already busted 4 ratchet straps (so much for the Home Depot special, 8 straps for 18 bucks).  After an adjustment to heavier straps we were well on our snails pace crawl.

Several hours down the road we encountered an extremely slow and rough patch that caused the load in one of the trailer to pitch forward and blow out the front wall.  Stacked in front of the lumber was our reserve fuel (5 jugs) and a case of 10W-30.  Since we drive the majority of the road in the evening it was impossible to tell which bump destroyed the trailer and where our fuel was scattered.  Surely, one of the passing cars we encountered accepted some gifted fuel and we had to accept an unfortunate loss.

In the final 40 kms (24 miles) of our journey, several more incidents occurred.  The metal bands on a ton of lumber broke, scattering 2x6x10 treated wood down the icy road.  Shortly thereafter, a mogul caused that same trailer to jump the hitch.  No problem, an easy fix until we realized the trailer jack was located next to the fuel and oil we lost hours prior.  After digging out a tire jack from one of the trucks we were again rolling.  Not thirty minutes later Dad was on the CB claiming he was hearing a grinding noise.  Sure enough, a strap gave way and a boat we had secured to the top of a trailer was being drug along.  Once again we stopped put on our layers of clothes since it was -37 out and struggled the boat back onto the trailer.

After a 13 hours, we crept into Sandy Lake.  One truck was running on fumes and we were delighted to see a gas station, even with gas costing $7.50 a gallon.  We unloaded our goods the next day and began back down the road.  Taking a chance, we stopped to chat with some crew members doing some routine maintenance on the highway and casually asked if they had seen any fuel jugs scattered along the road.  To our delightment they produced five jugs of gas and a case of motor oil from their trailer.  That put a smile on our faces for the remainder of the drive back to Red Lake.

Stop by the NE Wisconsin Sport Show or the Milwaukee Journal Sentinel Show to hear more of our winter road stories.  Looking forward to seeing the looooooong winter end and getting on some open water.
-Nathan
www.bighookcamps.com
Posted by Big Hook Camps at 10:36 AM No comments: 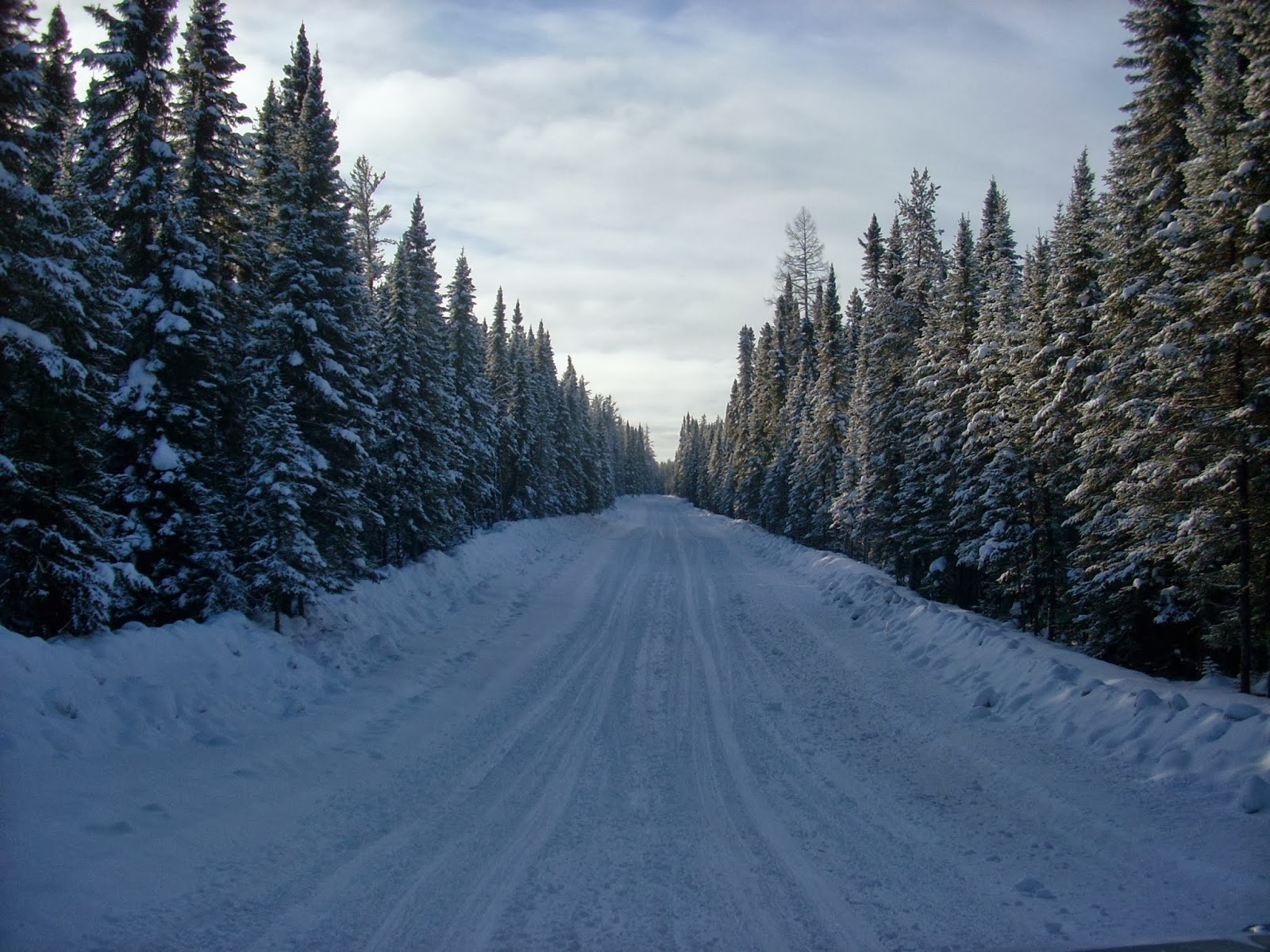 The winter road to Sandy Lake is open for business, and has been for several weeks now.  As you are well aware, most of the north has been experiencing frigid temperatures this winter; the Sandy Lake area has been no different.  Arctic air began hammering NW Ontario in early December and has not relinquished its frosty grip.  Temperatures (not including wind chill) have dipped as low as -42 degrees F.

Snow accumulation has been minimal due to such cold temperatures.  Little snow and plenty of cold results in ample amount of ice for the winter road.  A minimum of 22" of ice is necessary for transport operation on the winter highway to Sandy Lake. One of the latest reports had most lakes with 30+" of ice.  Thus, semi's full of fuel and building supplies have been shuttling to the remote communities since mid January.  Word is, the ice road is in terrific shape and transport times have been quicker than most years.

Dad and I are planning our yearly endeavour up the ice highway next week.  Eight new yamaha four strokes, building supplies and propane are just some of the items we are planning on transporting to Sandy Lake.  As usual, I'll bring along the trusty video camera to hopefully capture some entertaining footage. 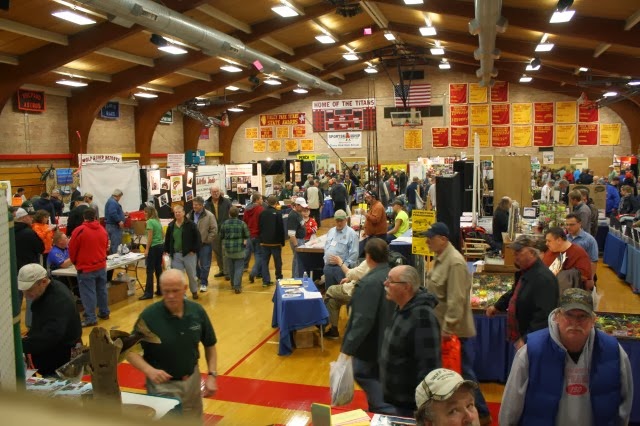 Big Hook will be in the greater Chicago area.  Stop by to visit Heidi and I at Tinely Park High School this weekend (Feb 8 & 9).  Visit this link for more show information: www.tinleyparkfishingshow.com/ .  We hope to see you there.

Good luck on the ice or open water (if you are lucky enough to have some) this winter.
-Nathan
www.bighookcamps.com
Posted by Big Hook Camps at 10:08 AM No comments: